Case Hardening is a way to increase surface hardness and remain core in first state. So wear resistance   improves beside   toughness. Case Hardening – probably- apply existing elements or penetrated elements such as Carbon or Nitrogen. Almost hardening happens  with phase changing. So there are deformation and defects.

In a unique way, Case Hardenings happens with diffused Nitrogen and forming Epsilon or Gama prime phase or existing elements nitride. The advantage is low temperature process and there is no quenching. So   There are no deforming, distorting and remain stress   and There are no machining after hardening.

In Past, It is thought only steel having aluminum and vanadium can be nitrided. But today, almost all kind of steels and irons is nitrided. 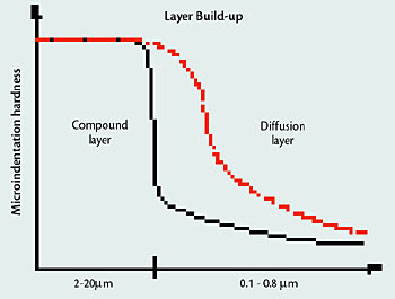 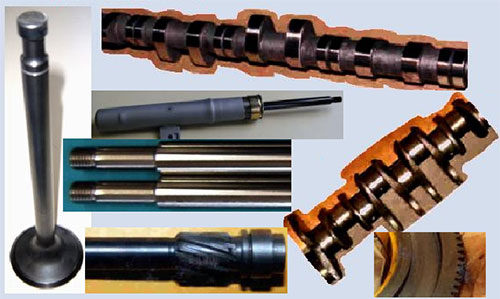 Nitriding form a Compound Layer on outside surface about 1-20μm and a total diffusion layer about 1mm. The effective layer is called Diffusion Layer at greatest 400μm.
If it is formed a dense magnetic iron oxide on surface after nitriding, There are an excellent resistant to corrosion with preserving nitriding properties is named Arcor.